Earlier this month, Brian Pl√ºss attended two public deliberation events in Scotland. The first one was part of the Royal Society of Edinburgh‘s inquiry on Scotland’s Energy Future and took place in Glasgow on 3 May 2018.

Have you got plans for this evening after the #AllEnergy conference today? Continue your energy-packed day with a visit to the IET Teachers' Building on the way home, drop in at 7pm and have a chat about your concerns for Scotland's Energy Future https://t.co/35DiYWd1gd 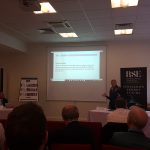 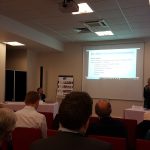 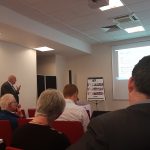 The second event was organised by the UK Houses of Parliament Foreign Affairs Committee as part of their inquiry on Global Britain¬†and¬† was held in St Andrews on 10 May 2018.

What priorities should the policy of Global Britain raise for the Foreign Office? Human rights and humanitarian issues? Trade in/ outside Europe? GB's network of diplomats around the world? We‚Äôre going to ask this group pic.twitter.com/tJpN1hzueS

And we're off! Our Chair @TomTugendhat explains the Committee's ambitions for today's session pic.twitter.com/MyIs7jA0b3

The Government is working on a City Deal for the Tay cities (Dundee, Angus, Fife, Perth & Kinross Council areas) including plans for St Andrews' Guardbridge Eden Campus. Would a change in foreign policy make a difference? pic.twitter.com/S0CYyzpR9C

Attending these events was an excellent opportunity to see our research from the perspective of real-world public deliberations. The two deliberations were very special and different from each other in terms of organisation and dynamics, which directly informs socio-technical requirements on the ADD-up System. As the photos show, in the RSE Glasgow event, for instance the deliberations happened sequentially with the participation of the entire audience and the panel. In the Foreign Committee St Andrews event, deliberations happened around round tables in parallel. This was followed by a public summaries of the main points of discussion at each table. The ADD-up System would need to operate very differently in these two scenarios. We will follow up on this in a future post.

We are in contact with organisers from the RSE and the Commons Foreign Affair Committee to arrange for the attending future events. We hope to be able to collect functional requirements, linguistic data and eventually identify a series of events to enhance with our system.