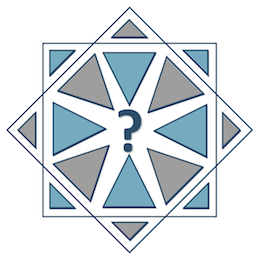 This project investigates the mapping from form to meaning in alternative questions as well as the division of labor between semantics and pragmatics in determining the final complex utterance meaning of the construction. To do this, we combine formal tools, experimental methods and cross-linguistic research.

In the mapping from form to meaning, a wealth of surface strategies is used cross-linguistically to produce an alternative question reading. These (often overlapping) cues come from different components of the grammar: prosody (placement and type of accent in e.g. German and English), syntax (word order in Hindi and Korean), morpho-syntax (case marking in Korean, Q-particles in Turkish and Sinhala) and the lexicon (choice of lexical disjunction e.g. in Basque). The goal of this part of the project is to determine what meaning or function each of these surface cues contributes and how these pieces of meaning are combined to deliver the alternative question reading. The strength and innovative potential of this part of the project lies in its wide coverage across constructions and languages. The relevant surface strategies within a language are not exclusive to alternative questions but appear also in other environments, such as polar questions, wh– questions and/or declaratives. A unified meaning will be defined for each cue, valid across constructions within a language. Furthermore, despite the superficial diversity of surface strategies across languages, they often reflect the same recurrent underlying patterns. Comparing surface strategies across languages will allow us to identify shared core ingredients in the internal make-up of alternative questions.

In terms of their final meaning, the traditional analysis assigns alternative questions truth- conditions parallel to those of polar and wh-interrogatives. However, alternative questions are semantically and pragmatically more restricted than their polar and wh-counterparts: (A) the range of illocutionary acts they can perform is much more limited; (B) they are argued to give rise to special minimality, exclusivity and exhaustivity effects; and (C) they cannot be embedded under factive emotive verbs like surprise. For each of these characteristics, competing analyses exist placing the burden of explanation in the semantics or in the pragmatics. The goal of this part of the project is to determine how exactly each of these limitations is derived and why their polar and wh– counterparts behave differently. This has, thus, repercussions for the semantics-pragmatics divide in the entire interrogative system. The analyses of these special characteristics will be closely tied to the form-to-meaning mapping cross-linguistically motivated in the first part.

In the second phase, the project’s goal is articulated in three objectives.

Second, the project examines how the final complex utterance meaning of alternative questions impacts their behavior in discourse, comparing them to their polar question and/or wh-question counterparts in three non-canonical uses: rhetorical uses, ‘repeat’ uses and as questions with declarative syntax. In doing this, alternative questions will serve as a lens to scrutinize discourse: its hierarchical organization in questions-under-discussion, the pragmatic pressures that govern it, and its dynamic update system.

Third, we will investigate how alternative questions and their polar and wh-counterparts embed under attitude verbs, focusing on three puzzles concerning resp. surprise-verbs (from the first phase), realize-verbs and admit-verbs. The aim is to identify ingredients in the internal composition of alternative questions and related question types that interface in a crucial way with the inherent lexical meaning of the embedding verb. This, in turn, will shed light on the much debated lexical semantics of attitude verbs.